Fill out this form to let us know when you change firms, take on a new role in your current firm, form a new firm, move your office, hire a new associate lawyer or legal assistant or retire. We’ll publish your news here and in our quarterly publication Trial Briefs and spread the word on our other digital media channels. Don’t forget to update your member profile here.

Snead Sworn In As Chief Public Defender for Buncombe County

Senior Resident Superior Court Judge Alan Z. Thornburg has appointed Sam Snead as the Chief Public Defender for Buncombe County. Snead was sworn in Oct. 1. Snead had served as an assistant capital defender with the Office of the Capital Defender since 2015. Prior to that, he had worked as an assistant public defender in Buncombe County since 1998. Snead received his undergraduate degree in journalism from UNC-Chapel Hill and earned his juris doctor from the District of Columbia School of Law. He fills the seat left vacant by the retirement of M. LeAnn Melton.

Crystal Rouse has become a partner at the firm formerly known as the Charles T. Hall Law Firm, which is now Hall & Rouse Law Firm, P.C. in Raleigh. Rouse is a graduate of Barton College and the North Carolina Central University School of Law. Her past experience includes work with North Carolina Division of Employment Security Hearings and Appeals Unit, where she presided over administrative hearings for unemployment benefits. Rouse’s practice focuses on civil litigation, representing individuals for denied Social Security Disability claims at the administrative appeals and federal district court levels. She is a former member of the NCAJ Board of Governors and past chair of the NCAJ Disability Advocacy Section.

Ruth Sheehan has joined NCAJ President-Elect John McCabe at The Law Offices of John M. McCabe, PA, where her practice will focus on wrongful death, serious personal injury, and eminent domain cases. Sheehan worked for many years as a journalist before pursuing her law degree, most recently as an award-winning columnist with The News & Observer. She is a graduate of the University of Wisconsin-Madison and the University of North Carolina School of Law. She serves on the NCAJ Board of Directors.

Will Reaves has joined the offices of Wayne Hardee Law in Greenville, where he will represent plaintiffs in matters involving catastrophic personal injuries, wrongful death, workers’ compensation, nursing home abuse and neglect and medical negligence. Reaves earned his bachelor’s degree in business management and finance at N.C. State University. He worked in the pharmaceutical industry for a few years before attending Campbell School of Law, where he earned his juris doctor. He serves as 2020 secretary and treasurer for Judicial District 3A and the Pitt County Bar Association. 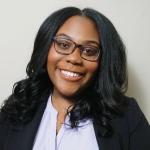 Jasmine R. Little has joined the Deuterman Law Group as an associate attorney in the Social Security Disability practice. Little is licensed to practice law in North Carolina and South Carolina. She earned her juris doctor from the Wake Forest University School of Law and her bachelor’s degree from East Carolina University. Little will work out of the firm’s Winston-Salem office.

Ava Lynch has joined Thorp Law in the firm’s Raleigh office, where she will focus on trial advocacy. Before joining Thorp, she practiced personal injury law. Her experience includes work at the Restorative Justice Clinic program and internships with the Office of the Public Defender for the Eastern District of North Carolina, the Wake County District Attorney’s Office, and Wake County Public Defender’s Office. Lynch earned a bachelor’s degree in political science and government from N.C. State University and a juris doctor from Campbell Law School.

Gov. Cooper has appointed NCAJ member Hathaway S. Pendergrass to serve as a District Court Judge in Judicial District 15B (Orange and Chatham counties), filling the vacancy created by the retirement of Judge James T. Bryan III. Pendergrass currently practices at Epting and Hackney Attorneys at Law, focusing on civil litigation and criminal defense. He earned his Juris Doctor at the North Carolina Central University School of Law and his Bachelor of Science degree at the University of North Carolina at Chapel Hill.

Gov. Cooper has appointed NCAJ member Kelvin D. Smith to serve as a District Court Judge in Judicial District 18 (Guilford County) and fill the vacancy created by the retirement of Judge Mark T. Cummings. Smith is currently the president of the Law Office of Kelvin D. Smith, PLLC, where he focuses on civil litigation and criminal defense. He earned his Juris Doctor at the Charlotte School of Law and his Bachelor of Science degree at N.C. Agricultural and Technical State University.

The North Carolina Commission on Indigent Defense Services has appointed NCAJ Past President Mary Pollard to serve as the new executive director of the North Carolina office. IDS provides court appointed representation to individuals who could not otherwise afford to hire an attorney in criminal cases and certain types of civil cases. Pollard’s legal career spans 27 years, most of which she spent working to protect the rights of indigent, incarcerated people. From 1993 through 2002, she practiced civil litigation with the firm of Womble Carlyle Sandridge & Rice. In 2002, she joined the Center for Death Penalty Litigation. Since 2009, Pollard has served as executive director of North Carolina Prisoner Legal Services, Inc., which contracts with IDS to provide inmates incarcerated in the N.C. Department of Corrections with their constitutional right of meaningful access to the courts. A Raleigh resident and mother of two, Pollard is a graduate of the Wake Forest University School of Law. She served as NCAJ president in 2018-19. 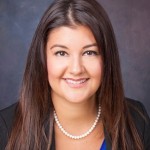 Rachel Mary Noorthoek has joined the Law Offices of Jason E. Taylor P.C. in the firm’s Hickory office, where she will focus her practice on personal injury. Noorthoek is a graduate of Indiana University and earned her law degree at DePaul University College of Law. She practiced most recently with Campbell & Associates, Attorneys at Law in Charlotte. 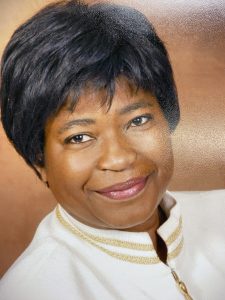 S. Camille Payton has joined Maynard & Harris Attorneys at Law, PLLC, in Winston Salem, where she will focus her practice on Social Security Disability and workers’ compensation law. Payton is a graduate of the University of North Carolina at Chapel Hill and earned her law degree at the University of Texas. Prior to joining Maynard & Harriss, Payton practiced at Ward Black Law in Greensboro. 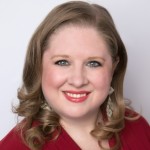 Lindsey Granados has joined the Law Offices of Wiley Nickel, PLLC, in Cary. Granados is the current president of the Wake Women Attorneys and the immediate past president of the Wake County Academy of Criminal Trial Lawyers. She previously had a solo practice, where she focused on criminal law and defense, and afterward served as an assistant district attorney in Wake County. Prior to joining Wiley Nickel, Granados practiced at Kurtz & Blum, PLLC, where she focused on criminal defense and DWI. A native of Oklahoma, she graduated magna cum laude from Oklahoma Baptist University in Shawnee with a bachelor’s degree in political science and attended law school at Stetson University College of Law in Gulfport, Florida.

Emily Fertig has joined The Law Offices of James Scott Farrin in its personal injury department. Originally from the San Francisco Bay Area, Fertig has a degree in sociology from the University of California at Berkeley, and earned her law degree from Mississippi College School of Law. She is licensed to practice in both North Carolina and Mississippi.

Thomas Gooden has opened the Law Office of Thomas W. Gooden, PLLC, in his hometown of Mooresville. His practice will focus on Social Security Disability and estate planning. Gooden is a graduate of Wake Forest University and earned his law degree from Widener University School of Law in 2009. Gooden was previously with the Levine Law Group. 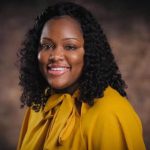 Tia J. Hudgins has joined the firm of M.C. Davis & Associates, PLLC in her hometown of Rocky Mount. Hudgins is a 2018 graduate of Elon University School of Law. She earned her undergraduate degree from Queens University of Charlotte, where she majored in sports management and minored in pre-law. She will focus her practice on criminal defense, personal injury, traffic law, real estate and wills and estates.

Elizabeth Todd Beall has joined The Law Offices of James Scott Farrin where she will focus on cases involving nursing home and assisted living abuse and negligence in North Carolina. Beall has more than 20 years of experience in nursing home claims and litigation. She is a graduate of the University of North Carolina at Greensboro and earned her law degree at Wake Forest University School of Law. 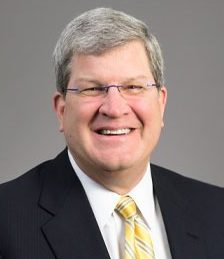 Paul R. Dickinson Jr. has joined The Law Offices of James Scott Farrin in Durham as a member of the firm’s personal injury litigation team. Paul earned his law degree from the South Texas College of Law in Houston. He has more than 30 years of legal experience, including representation of Iraqi victims of the Blackwater military contractors who opened fire on civilians at a traffic stop.

Gabriel Snyder has joined the Greensboro law firm of Ward Black Law where he will focus his practice on personal injury, workers compensation and eminent domain. Snyder earned his undergraduate degree from Campbell University and his law degree from Campbell School of Law. He received the Millie Wiggins Scholarship and the Howard Memorial Christian Citizenship Award during his time at Campbell Law. Snyder met his wife, Audrey Snyder, during undergraduate school at Campbell and then they attended Campbell Law together. She also practices at Ward Black. 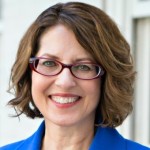 Leto Copeley has joined White & Stradley PLLC in Raleigh in an of counsel role. Copeley’s practice concentrates on sexual abuse, serious personal injury and wrongful death. She is immediate past president of the National Crime Victim Bar Association and currently serves on the North Carolina Governor’s Crime Commission. Copeley earned her law degree at Harvard Law School and her undergraduate degree at Hunter College in New York. She has been an NCAJ member for more than 20 years. Copeley practiced previously with Johnson Groninger PLLC in Durham. 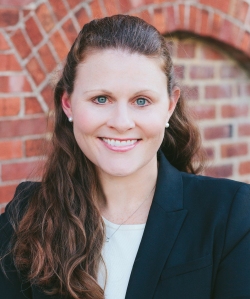 Whitney Scarborough has opened Scarborough Law PLLC in Wadesboro. A board-certified specialist in Social Security Disability, Scarborough also practices family law, estate planning and estate administration. She is a graduate of the University of North Carolina at Chapel Hill and earned her law degree from Campbell Law School. Scarborough has been an NCAJ member since graduating from law school in 2011. Scarborough practiced previously with Poisson Poisson and Bower, PLLC, in Wadesboro.

NCAJ Board of Governors member Rachel Matesic has joined The Sasser Law Firm in Charlotte. Her practice will continue to focus on employee benefits litigation. Matesic is a graduate of Temple University’s Beasley School of Law, where she was a Law & Public Policy Scholar. Previously, Matesic practiced with Marcellino & Tyson in Charlotte 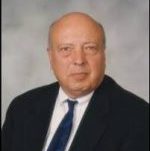 Longtime NCAJ member Robert Farris Jr. and his cousin and fellow Wilson attorney Allen Thomas have merged their firms to create Farris & Thomas. The merger of Thomas Law and Farris & Farris took effect Oct. 1. “This is a re-emergence, a return to where we all started, “ Bob Farris said.  “My dad and Allen set a very high standard of service to Wilson and throughout our area many, many decades ago. The time is right for us to formally get back together as we work to provide quality representation for our clients.”Robert Farris Sr. is a legend among Wilson attorneys. After serving in the Pacific as a PT boat commander in World War II and then finishing law school at the University of North Carolina, he set up a one man law firm in downtown Wilson in 1948. Farris soon became known throughout the state for his extraordinary trial skills and willingness to defend those even in the most unpopular situations. Bob Farris joined his dad and Thomas in 1971.The firm handles a broad range of cases in areas such as personal injury, criminal, major civil, domestic, workers’ compensation, contracts, wills and estates, and appeals. Farris & Thomas will maintain both firms’ phone numbers, (252) 291-1000 and (252) 243-3000. Find them online at farristhomas.law.